Be still. The earth speak in echos.

There are two landscapes in Mesa Verde. The first is a look at the color, the cliffs, and how the sky and clouds play with the prominent mesas. We also understand the reason behind it’s name, meaning green table. 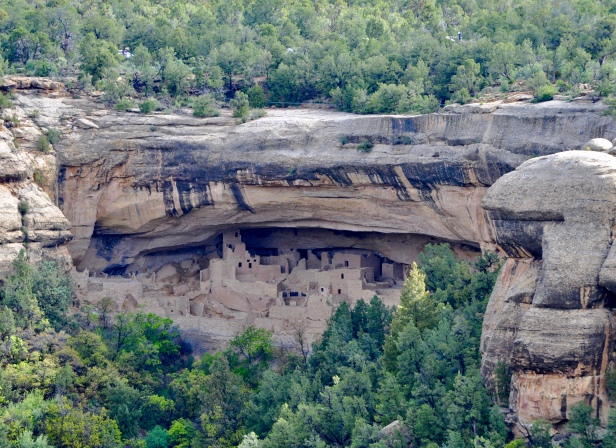 The second is it’s ancient people and how they tread harmoniously into their environment. A look across the canyon walls shows a picturesque cliff dwelling that appears to be more of a work of art, framed in pinion pines, then a place where people lived from  600-1300 AD. And while anthropologists come to this UNESCO site to learn about intricate details of the these Ancestral Pueblo people, I just want to know how they got up or down to them, let alone build them.

There are 4500 archeological sites in Mesa Verde National Park, 600 of which are cliff dwellings. It is also the largest and most preserved archaeological site in the U.S.  And rather then try to read about it in a book, the 700-Year-Tour allowed us to climb into the sculpture of this ancient civilization. One we had seen across the canyon minutes before.

We squeezed down to Cliff Palace through narrow passages in the cliff walls and used ladders where we couldn’t reach. 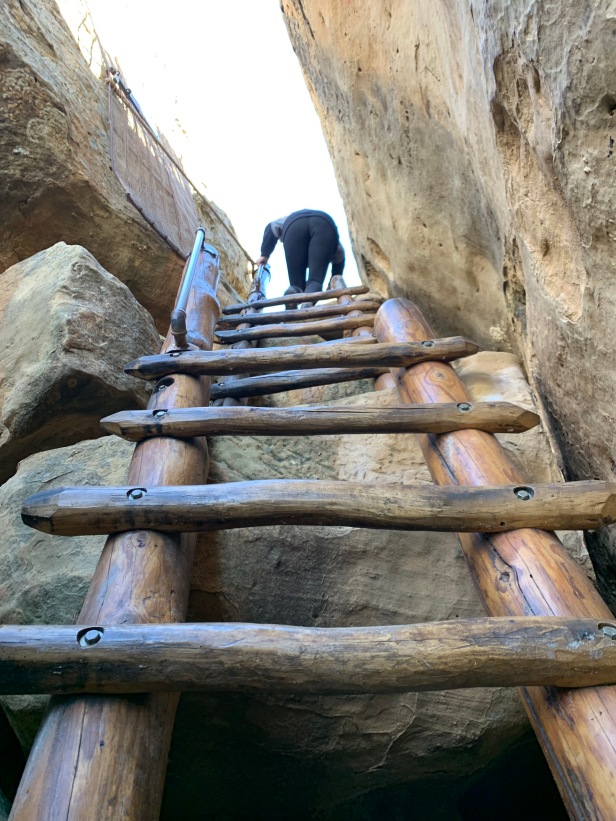 We landed back in time.

Echos tell us of a groups of families living as a community.  The pinion pines are a food source, the seeping rain from above a life source, and the alcoves, protection from the elements. So yes, while we found our way down, we now found a way of life. They farmed on the mesas above, with crops of squash, corn, and beans, and had knowledge of crop rotation.  And now content that I knew how they got down to the dwelling, I was curious about how they kept busy toddlers from flying over the cliff’s edge. My guess is they learned to climb before they could run, and mothers were either strict, or fast.

So why did they leave? I have thought and thought about what my impressions are of our road trip to Mesa Verde. I am still in awe. While we learned about a civilization that existed for 700 years, we also learned of a mystery that has not been answered. Close to 1300 AD the Pueblo people migrated south.  Evidence  shows there was a drought prior to the migration.  Did this result in crop failure?  Or is it possible over-farming depleted nutrients in the soil?  Maybe an increase in population depleted forests and animals, or maybe conflict over land or food was the issue.  Whatever caused the migration,  the people eventually settled in New Mexico and Arizona, and their dwellings were left for us to explore and to ponder. 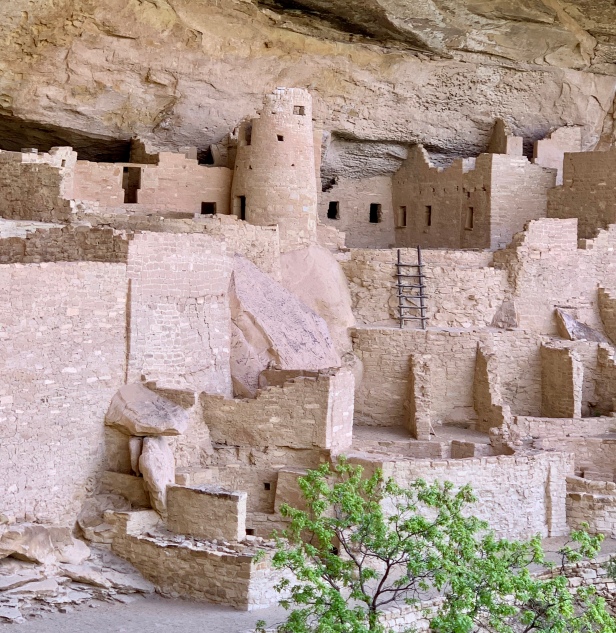 We are fascinated by the chance to explore the ancient ruins of Mesa Verde. We listen to the walls speak, gain wisdom from architectural excellence, and come away knowing the impact of a legacy we can leave.

Their vantage points are pretty spectacular too.