It seems like yesterday that he would saunter onto the dashboard of the RV.  He knew the drill.  As soon as the engine fired up, it meant we were on the road.  He took his place like a champ and seemed to like travel days. I guess, to him, home is where we are, so he could settle in and wait for what’s next. He lived for 22 years and was probably the most traveled cat on the planet.  Countless friends have asked me to write a book about his life, and I will, but today will be a tribute to his legacy. 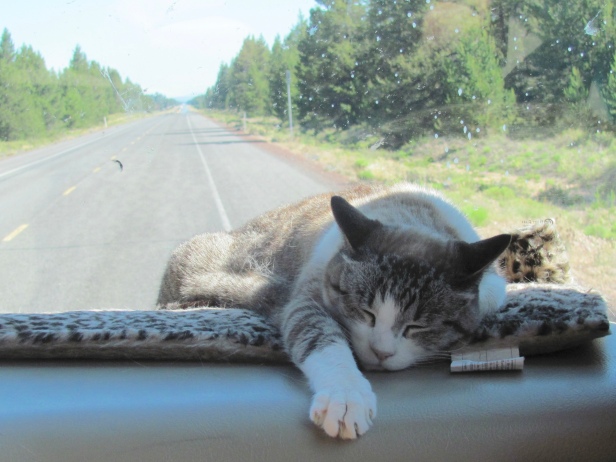 He was a stray with a mission, and it was he who adopted us.   We were living in a  quaint, white, village in southern Spain at the time, where it was commonplace to leave cars unlocked, and windows open, due to petty theft of the gypsies. It prevented broken windows in the search for a few coins.

As a kitten, he climbed inside the car and didn’t make himself known until we got down the road a bit.  We figured he was lost, but when it kept happening, the girls decided  we were  meant to have him.  My husband sat silent.  I said: “no.” We would be traveling back to the US in a few years and I didn’t want the responsibly of what that might mean when we returned stateside. It was for his own good,  so I ignored him and pretended not to like him. Two weeks later he found his way into my heart when he was sitting in my garden next to a lizard. We agreed on a name to reflect his heritage, and loved that the nickname for Fransisco was Paco.  And so it was, the name that means “eagle”, seemed quite apropos. He loved his freedom and showed us everyday what courage looked like.

Summers in Europe meant we loaded the RV and hit the road. He had to learn that too. During that time the slide-in camper meant he rode in the back with the girls. They trained him on a leash for campgrounds, beaches and his own safety. He loved the attention he got from other travelers and like most beloved pets he quickly became a part of the family.

His life was fun, funny, and purposeful. His altruistic behavior towards us seemed to be his mission. And I often wondered if someone sent him, or if we were just lucky that he found us. He loved people and was our official greeter both at home and in our wanderings.   He continued  to get in people’s cars over the years and I am certain it was in an effort to bring people together. He was known to follow me to the end of the road when I was on a run and would be waiting under his shrub when I returned. He did his job and he did it very, very well.

He was a faithful guardian.  I would watch him comb the gardens for snakes, not once killing one.  Instead, he seemed to befriend them in an effort to alleviate my fears.  I remember scolding him, wanting him to chase them away or get rid of them, but instead he would sit down next to them and purr. No doubt he felt helpful.  He also seemed to have conversations with the hummingbirds, and they weren’t afraid. They would hover over his head, and he would quietly talk while they listened.   I loved watching him just appreciate life and I often wondered if it was because of his first few months of life as a stray, or it was just his personality. 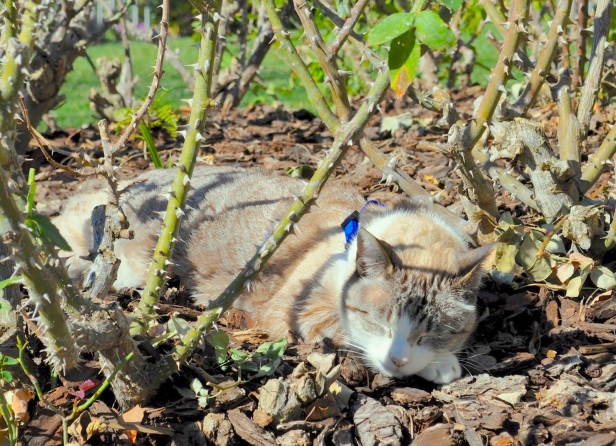 When we became  empty nesters, we spent the next two years in the RV.  He made friends with countless truckers on the road, and to us he was an exemplary traveling companion. It was he who would wait by the door to check out the new territory, and he enjoyed the campfires as much as we did.

When grandchildren arrived,  It was he who taught them what gentle meant.

He reminded me, what unconditional love looks like, and how to love life in the face of adversity. He had more than nine  lives.  He was hit by a moped, shot by a BB gun, chased up the tree by a coyote and brought down two days later in a sack by an arborist.  He also got loose in Yellowstone, and happily returned unharmed following his adventure. Making friends? On a mission?  Lucky, in my opinion. 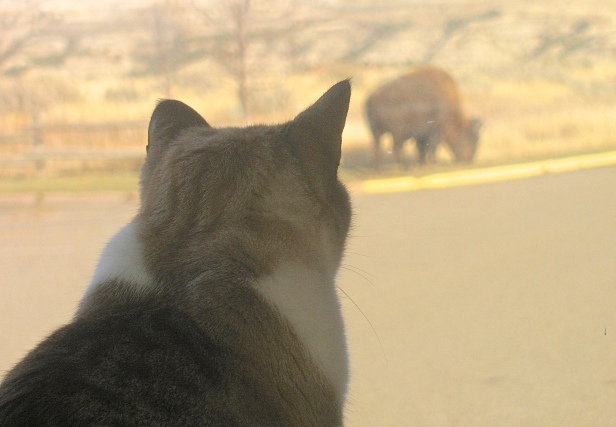 By the time he arrived at Rainbow Bridge, he had been to  every state except Alaska, Hawaii, and South Dakota.  And he had been to Spain, France, Germany and everything in between.  But what I miss is his unique, uncharacteristic altruism.   I still look for him five years later, and know somehow he must be responsible for the hummingbirds that now hover over me.