Not all treasure is silver and gold.

Have you ever walked into sand castle?

Have you ever wanted to?

The foothills of South Mountain in Arizona was home to Boyce Gulley.  It is here that he built a real life sand castle for his wife and daughter.   He came to Arizona from Seattle when diagnosed with TB in 1930. His family remained in the northwest.  He was told he would have months to live, but the warm, sunny climate allowed him to live for 15 years.

During that time he built this 8000 square foot home from items in the desert and random items he repurposed.  The castle was inspired from memories of building sand castles with his daughter on the beach.  The three story castle has 18 rooms, 13 fireplaces and the most unusual  hodgepodge of items that keep it together. It was decorated with southwest antiques.  Upon his death, the castle was  gifted to his daughter, Mary Lou.  She lived there until her death 2010.

Even the dog had a unusual place to sleep, with residence for the cat on the top. 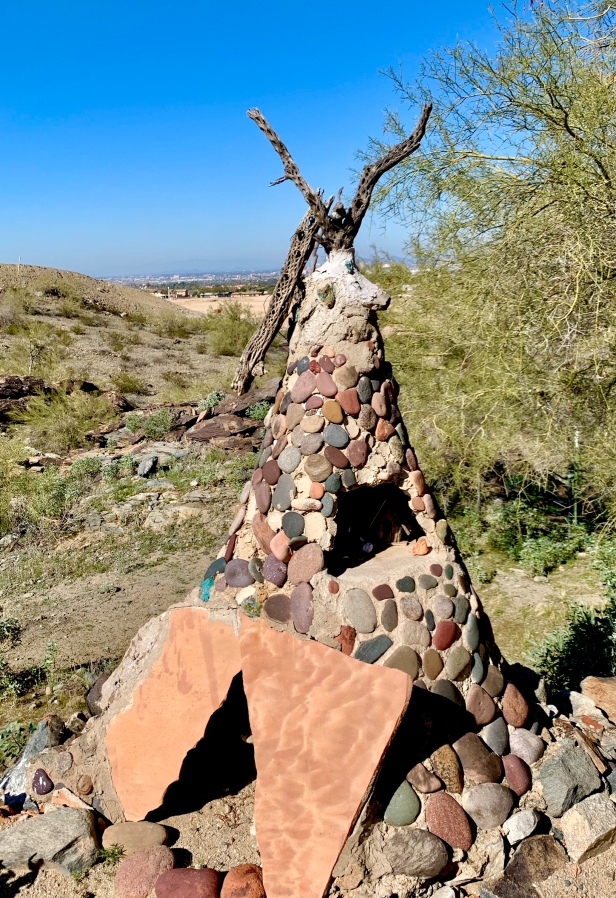 This organ was salvaged from Tombstone, AZ. It belonged to the “Chocolate Widow”. Upon her death, she admitted to giving her past three husbands chocolate cake laced with arsenic. No one ever guessed, since they were miners, and everyone figured it was from working in the mines.

The bird offers interest as art, and yet it is the windows made of tire rims that stand out as creative genius.

The patio, which is also entrance to the chapel, appeared to be a pirate ship complete with lookouts up South Mountain and down into Phoenix. 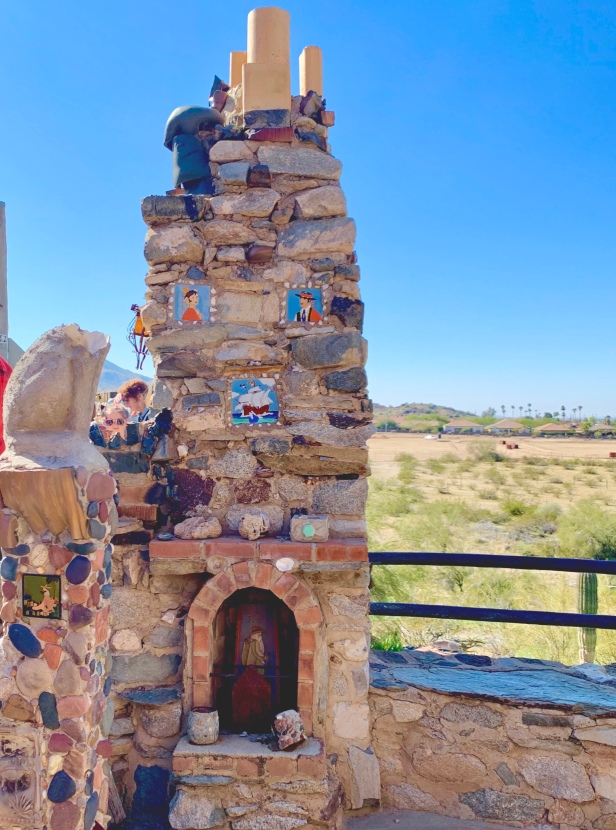 Like Einstein, I believe imagination is more important than knowledge.

Thanks Tina, for inspiring my treasure hunt.